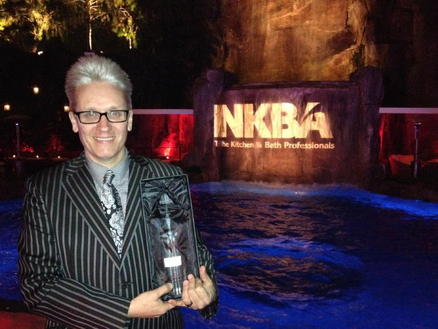 Knutson Residential Design has just been named the winner of this years "Best Before and After Bath" in the 2014 NKBA National Design Competition.   Shown above is owner Paul Knutson shortly after the awards ceremony at the Wynn in Las Vegas, NV. Look for more information on this award in the weeks to come. 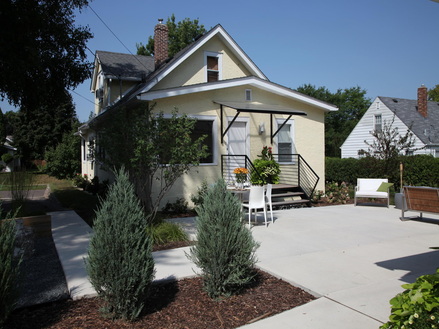 As a designer I’m often asked by clients “What would you do if this were your home”?  I've always found this to be a great question for re-framing the discussion or to revisit some of the decisions and assumptions made in the design process.  But I've never really had a chance to fully answer the question.  What would I do if I were the client and the designer?  What would that look like?

Well guess what?  You'll have a chance to see exactly what that looks like because my home and studio will be on the 2012 Minneapolis & Saint Paul Home Tour.  I’ve had projects on the tour before, but never my own home.  I’ve included the address, tour dates and helpful links below.  The tour is self-guided and free.  My wife Heidi and I would love to have you and your friends stop by to see what we’ve done.